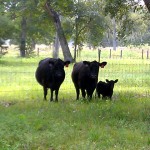 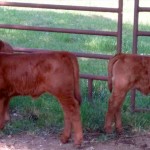 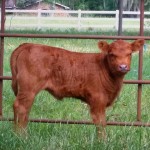 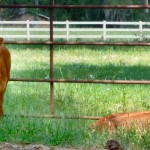 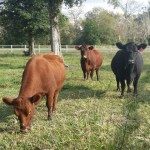 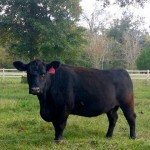 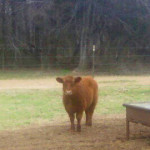 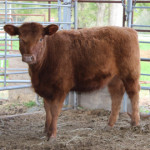 The Lowline Angus breed was founded in Australia from descendants of Angus cattle, a breed formed several centuries ago from black hornless cattle found in the counties of Aberdeen and Angus in Scotland. These cattle spread worldwide in the 1800s and black Angus grew to dominate the American beef industry.

The Lowline story began in 1974 with a 19-year Australian research program that used a closed herd of 85 Angus cows at the Trangie research center. The intent of the study was to establish whether large or small animals were more efficient at converting grass into meat. Three herds were defined High Line and Low Line, separated by high or low yearling growth rates, and Control Line, a randomly selected herd. To determine protein conversion performance, they evaluated weight gain, feed intake, reproductive performance, milk production, carcass yield and quality, and structural soundness. Research results showed that the efficiency of conversion from grass to protein was about the same for the High and Low Line herds.

Lowline Angus cattle have experienced phenomenal growth since 1996 when the first Lowline was imported to the United States from Australia…and with good reason. Known for their large rib eye area and ability to produce more product per pound along with a high rate of efficiency as grass converters, they certainly pack a lot of benefits in a smaller package.

Lowlines have begun to gain interest and become recognized as a viable alternative to larger breeds of cattle utilizing less land for additional output. This has enabled farmers and ranchers to have alternative marketable avenues to pursue. And at the other end of the spectrum, health conscious consumers have created a market for more efficient cattle genetically designed for the natural and grass raised beef market.

Lowlines are also an excellent choice for the family enterprise. Because of their size and docile temperament, the whole family can participate in the care and handling of the cattle from birth to maturity.

A new, smaller breed, carrying all of the desirable characteristics of Angus cattle had been unintentionally created. The experiment was headed for termination and the animals were soon to be slaughtered, but auction sales hinted at the value of these smaller animals. The animals were saved and a new breed formally established. After 15 years of selective breeding, the Low Line herd had stabilized in size at about 30 percent smaller than the High Line cattle. They proved adaptable to Australian conditions and were exceptionally docile. They are one of the smallest beef cattle breeds in the world.